One bite of my new favorite Vegan Oatmeal Pancakes {gluten-free, low FODMAP} topped with this Goldschlagger spiked Cinnamon Orange Syrup and you will think you have died and gone to Pancake Heaven!

This month’s Recipe ReDux theme is A Spirited ReDux…

From plain Jane vanilla extract to fancy-pants elderflower liqueur, we like to keep a little liquor in the kitchen. Show us how you like to cook, bake or mix-it-up with spirits, extracts and other alcohols. A splash of vodka makes summer sauces shine – and liqueurs brighten desserts: What’s your healthy recipe with spirit?

And what better way to be spirited than with Goldschlager Cinnamon Schnapps doused with real flecks of gold?

But today my mind is sharp, and we’re going easy on the booze, since I’m serving this yummy sauce on top of the most delicious vegan oatmeal pancakes.

Which you usually eat for breakfast {if you’re my husband}.

But the kids and I will gladly eat them for dinner too!

Come to think of it, is there ever a bad meal to serve pancakes at???

Now you’ve got me side tracked on pancakes….

Which as I brazenly stated earlier, may be my new favorite pancakes, because the oats add the perfect touch of chewiness, and the cinnamon in them is just divine!

And if you’re not in the mood for boozy cinnamon orange syrup, you can try them with all kinds of other delicious toppings too, which I’ll share with you in a minute.

But first, I think I’ll stop talking now, and share both of the recipes so you can decide which one to start with first! 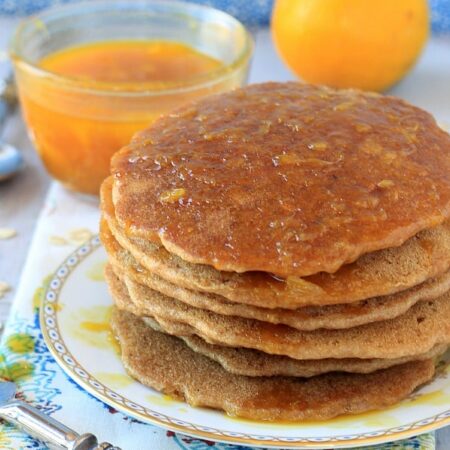 Now it’s YOUR turn to share how you would eat this divinely delicious Cinnamon Orange Syrup, or these yummy Vegan Oatmeal Pancakes, then be sure and check out all the other fabulous Recipe ReDux healthy Spirited creations below!

An InLinkz Link-up
Does your diet need a re-boot? Click here to learn more about all the delicious ways we can work together!

Hi There! I'm EA, aka The Spicy RD. I create easy, DELICIOUS gluten free recipes & low FODMAP recipes for a wide variety of diets. Learn more about my nutrition philosophy and my nutrition coaching for digestive health, autoimmune disease, wellness nutrition, & vibrant aging.  Sign up for my newsletter, or get in touch~I'd love to connect with you!

Hi There! It’s so nice to meet you! 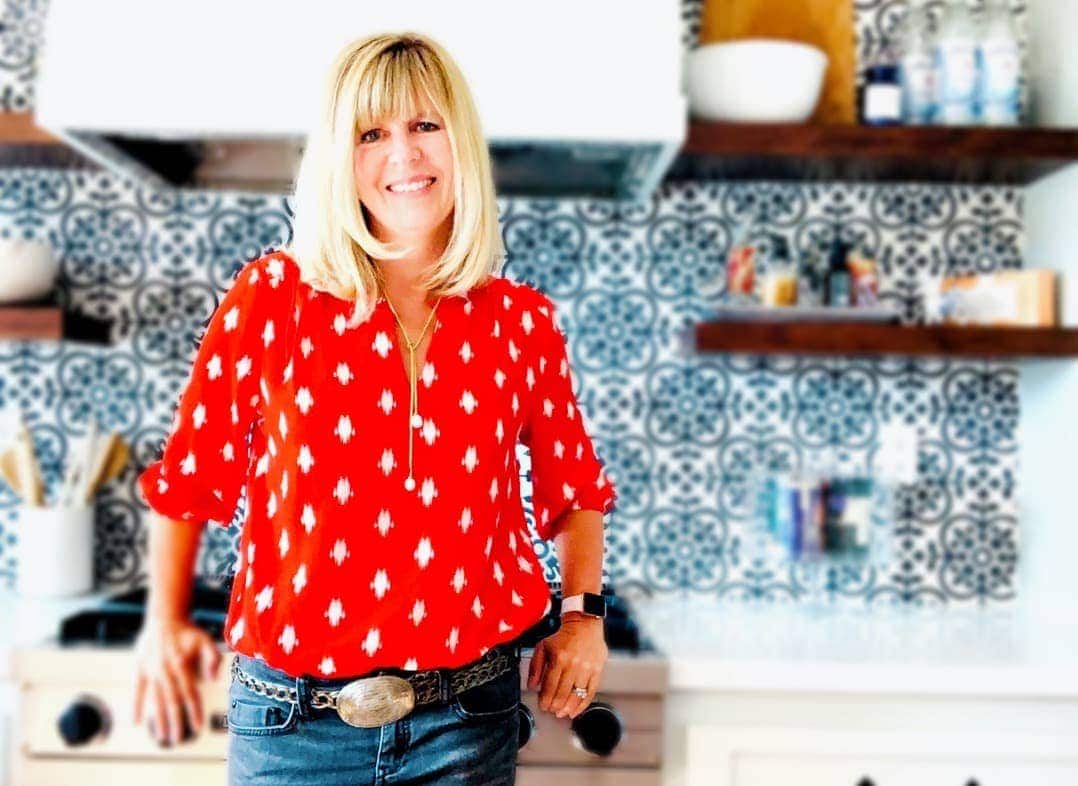